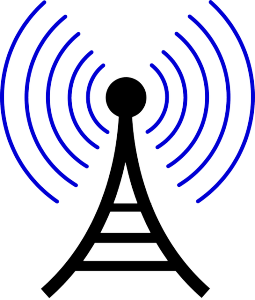 The U.S. Attorney’s Office for the District of Maryland recently announced indictments in two cases against men who ran lucrative businesses in and around Maryland.  Both men now face federal charges for wire fraud, which has become one of the main catch-all tools for federal prosecutors in cases involving fraudulent activity.  The first indictment was announced on December 19, and involved a 45-year old Carroll County man who now faces up to 20 years in federal prison for multiple felony charges.  This defendant is accused of defrauding the government out of up to $2 million through his Frederick County based construction business.  The company was tasked with providing repair and maintenance services to several Maryland USPS facilities including local Post Offices.  The indictment alleges that the defendant’s company under the direction of the defendant systematically overbilled the federal government for these services, and concealed its use of subcontractors to carry out the scheme.  In total the businessman is facing 30 counts of wire fraud, and will face the charges in the Baltimore Federal Courthouse downtown. The indictment was announced by the U.S. Attorney’s Office and the U.S. Postal Service Office of the Inspector General.  An initial appearance has been not yet been scheduled, and the case will likely take several months to play out.

In a separate case the U.S. Attorney’s Office announced that a Virginia businessman has been indicted for wire fraud related to a scheme to defraud the U.S. Navy and the State Department by unlawfully selling body armor and other protective gear manufactured in China.  The indictment alleges that the businessman accepted contracts to deliver tactical helmets to the Navy and while working with a Navy contract specialist to fulfil the contract fraudulently stated the helmets were being manufactured in Southern Virginia.  The government is alleging the helmets were actually manufactured in China, which is not an approved country under the TAA or Trade Agreements Act.  Any defense equipment manufactured in China must be separately identified and approved before it can be involved in a business transaction with the government.  The government allegedly located a payment made to a Chinese company that manufactures the same exact helmets the business had agreed to sell to the Navy.  A United States Magistrate Judge agreed to release man, who is still listed as the founder and CEO of the company, on home detention and a $75,000 bail.  This case will proceed at the Greenbelt Federal Courthouse, which handles all cases arising out of the Southern Maryland.

Wire fraud under 18 U.S. Code 1343 is one of the most powerful charging tools utilized by federal prosecutors in part because of its broad definition.  The government need only prove that the defendant used an interstate telephone call or electronic communication to further an unlawful scheme.  Almost all business these days is conducted using some sort of electronic communication, and it’s hard to find a business that operates exclusively in one state.  This makes establishing federal jurisdiction a foregone conclusion if investigators catch wind of any business operating on the wrong side of the law.   The wire fraud statute also carries a harsh 20-year maximum penalty, that carries heavy weight as a bargaining chip in order to induce cooperation or a plea.

Wire fraud, and its close relative mail fraud have become commonplace in pop culture and are often talked about in movies and on television.  The scenario in the second case is similar to the fictional basis of the movie War Dogs, where two Florida men established an arms supply company and accepted a $300 million contract to supply the U.S. Army with ammunition.  The company fulfilled the contract by repackaging Chinese ammunition to conceal its true source, but never informed the government.  In the movie, which is allegedly based on a true story but heavily exaggerated, the two businessmen were eventually arrested in Miami on charges of wire fraud.

If you or a loved one has been charged with wire fraud or any other federal or state criminal offense including theft schemes contact Maryland criminal defense lawyer Benjamin Herbst anytime for a free consultation at 410-207-2598.  Benjamin is available seven days a week to discuss your case, so there is no need to feel you have to take on the government alone.