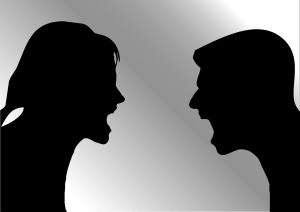 The holiday season is supposed to be a time for families to come together and enjoy each other’s company, but unfortunately it takes more than holiday cheer to keep relationships from going awry. Most couples, friends, family members and neighbors are able to get along with each other just fine and will never have to deal with the stress of the court system. For those that aren’t so lucky it is important to understand your rights and the avenues available in order to clear your name. In Maryland there are two types of legal proceedings where the courts will assist in keeping the peace between feuding individuals. The most common is called a protective order, which applies to family members, current and former spouses, partners who have been sexually active within the last year and parents who share a child. If a person wants the courts assistance with an individual who does not fit in one of these categories then a peace order must be filed. Former friends, co-workers or others in a business relationship, and neighbors who can’t get along are the most common parties to a peace order.   Peace orders can last up to 6 months or 1 year with good cause and protective orders up to 1 year or 2 with good cause.

Peace orders and Protective orders begin in the District Court where the petitioner asking for a no contact order or order to vacate a home fills out a sworn statement and submits it to the court commissioner. The petitioner will then appear before a judge at a temporary hearing to swear to the alleged facts under oath. Judges will typically grant temporary protective orders or peace orders because the standard is low and they only last about 7 days. The judge must only find reasonable grounds to believe the respondent (defendant) committed the acts alleged. If a judge grants a temporary protective order against you it is important to remain calm and seek legal advice. A temporary protective or peace order is not final and you still have a chance to defend yourself at an evidentiary hearing, and if you win the final hearing and the order is dismissed you will be able to shield the case from public view. The standard of proof at a final hearing is called preponderance of the evidence, which means the petitioner must convince the judge more likely than not that the allegations occurred.

Preponderance of the evidence is the same standard used in violation of probation hearings, and while it is not as high as proof beyond a reasonable doubt used in criminal trials, it still requires that the petitioner convince the judge. If there is no objective evidence, unbiased witnesses such as a police officers, and the respondent denies the allegation then the judge should dismiss the order. One party’s word against the other’s with nothing more should not be enough to satisfy the burden of proof, but judges have the final say. It is always important to prepare an effective cross examination of the accuser and contacting a lawyer is one way to make sure this happens. Bringing evidence such as pictures or text messages may be another effective way to challenge the petitioner’s accusations.

We have seen numerous cases where spouses or exes file for protective orders simply to hurt the other party or kick them out of the house. While it’s a shame that disgruntled parties use the court system to settle their personal vendettas it happens all the time, so coming to the final protective order or peace order hearing prepared to fight back is key to winning a dismissal. If you have any questions about how to fight a protective order or domestic violence charges such as assault, stalking and harassment feel free to call Benjamin Herbst at 410-207-2598 for a free consultation. You can also look online at mdcourts.gov for valuable information.