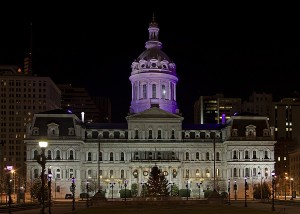 Rising crime rates, falling population and police and prison corruption have marred Baltimore City for the past few years, but now more than ever it is obvious that lawlessness starts from the top and trickles down. It has been several months since federal agents from the FBI and the IRS raided the former mayor’s home and office, so it came as no surprise that she was eventually charged. Still the news headlines were widespread when the government unsealed an 11 count criminal indictment last week, which was signed by the grand jury on November 14. The U.S. Attorney’s Office announced that the mayor was charged with conspiracy to commit wire fraud, conspiracy to defraud the United States, seven counts of wire fraud, and two counts of tax evasion. One day after the indictment was unsealed the former mayor surrendered to federal law enforcement and then promptly pled guilty at her arraignment. There’s little doubt defense lawyers worked diligently to come to a swift plea agreement in order to avoid further embarrassment to the city in exchange for more favorable treatment when sentencing arrives.

The former mayor’s sentence won’t determined for at least a couple months, as a pre-sentence investigation must be completed first. She is currently being supervised by federal pre-trial services, which means she as avoided incarceration for now. It is hard to imagine that this will be the case after sentencing though, as the breach of trust was massive. According to the plea the former mayor engaged in a criminal course of conduct from at least 2011 until this past spring when law enforcement made their investigation public. The specific allegations are heavily related to the former mayor’s ownership of a publishing company she used to market and sell children’s books she authored. On numerous occasions the former mayor conspired with her former legislative aid to defraud purchasers of the children’s books, including The University of Maryland Medical System (UMMS), which paid a total of $300,000 for 60,000 books. UMMS purchased the books on the condition they would be distributed to Baltimore City Public Schools as part of a community outreach program, but many never made it to public school students. Instead they were kept by the former mayor or double sold by charities that had no knowledge of the scam.

The plea also included admissions that the former mayor used payments from the children’s books to fund her own campaign under the guise of fictitious or straw donors. She used cash or untraceable money orders to conceal the origination of the funds, which totaled over $60,000. Finally, and not surprisingly the former mayor neglected to report any of the fraudulent earnings from the children’s book, and filed multiple false tax returns. In 2016 she reported around $31,000 of income and paid $4,000 in taxes when in reality her income was over $300,000 and her tax liability over $100,000. Of the 11 counts in the indictment, the former mayor ended up pleading guilty to 4, including conspiracy to commit wire fraud, conspiracy to defraud the United States, and two counts of tax evasion. She faces up to 20 years in prison on the first count and 5 years each on the other 3 counts, and will likely learn her fate at a sentencing hearing in the late winter or spring of 2020.

The Blog will follow this case closely and will post a follow up article after the sentencing hearing takes lace at the Baltimore federal courthouse, and if anything of note happens in between we will keep our readers updated. If you or a loved one is facing charges or is being investigated contact Maryland criminal defense lawyer Benjamin Herbst anytime for a free consultation. Benjamin handles white collar crimes like fraud, conspiracy and tax evasion, firearms offenses and drug crimes in all courts in the state including the federal courthouses in Greenbelt and Baltimore, and on the military bases around the state. Call 410-207-2598 to speak to an experienced Maryland federal criminal defense lawyer about your case today.