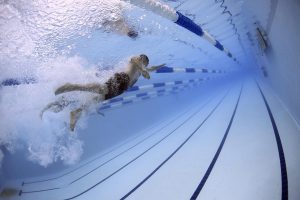 Whether you love or hate the Olympics, most people would agree they were beginning to run their course. The past three weeks were filled with inspirational stories and domination by a pair of Maryland athletes, but Rio also produced its share of bizarre incidents and conspiracies. The latter seemed to steal many of the headlines, which is not surprising considering our appetite for scandals. No single event, including record setting performances on the track or in the pool, generated more news headlines than the American swimmers’ run in with an armed gas station security guard. At first it was reported that the swimmers were targeted by police impersonators and robbed at gunpoint, which was odd considering the alleged victims still had possession of their cell phones and jewelry. Then it was reported that the entire story was made up, and the swimmers were never robbed. While we still don’t have every detail, there are enough facts out there to generate a legal discussion about what crimes where actually committed that night. To keep the discussion relevant we will act as if the incident happened in Maryland, as the Blog does not claim to be an expert in the criminal laws of other states, much less other countries.

It seems fairly clear that the swimmers engaged in some sort of criminal activity before they were confronted by employees of the gas station. Whether their actions would have actually resulted in arrest or prosecution is debatable, but based on the evidence the swimmers could have been guilty of at least three criminal violations. Urination in public is illegal in Maryland, but unlike other states that have UIP laws, there is not a specific state criminal statute that addresses this conduct. Some local governments such as Prince George’s County have ordinances that cover this act, and in PG County it happens to be a civil citation. In order for an officer to arrest a person under state law for relieving themselves in public, he or she would have to charge the suspect with indecent exposure under section 11-107. This is a misdemeanor that carries a maximum three-year sentence, and is obviously a criminal charge that would look horrible on anyone’s rap sheet. A police officer could also arrest someone for using a public transportation vehicle as his or her own personal bathroom, which is a misdemeanor that carries a 90-day jail sentence under section 7-705 of the transportation code. It is unclear whether the swimmers actually damaged any property, but if they did then destruction of property and or disorderly conduct charges could follow.

While we do not know exactly what happened in or around the bathroom, it is absolutely clear that the swimmers became robbery victims at some point in the night. Robbery is a simple crime to define; it’s an unlawful taking of someone’s property with force. Many people can think of it as a theft plus an assault. If you throw a weapon into the equation you are left with an armed robbery, and if that weapon happens to be a working operable firearm then there could be an additional charge for using a firearm during the commission of a crime of violence. The gentleman that pulled a gun on the swimmers and demanded money without a doubt committed an armed robbery. If there were others standing next to the gun toting security guard then they too committed an armed robbery. There are very few valid legal defenses to a crime such as this, and none would apply here. The “security guard” was not acting in self-defense or the defense of others, and he certainly was not under duress. If this incident had happened in Maryland the man with the gun and any accomplices would have been arrested and charged with upwards of three felonies. Our government would have issued an apology to the admittedly foolish swimmers rather than extort them out of $11,000.

While our justice system is far from perfect, we are miles ahead (or kilometers if you prefer) of most other countries. Vigilante justice is simply not acceptable and rightly so. If only all our police officers could simply step up their game in the future we could even be light years ahead.

Benjamin Herbst is a Maryland robbery lawyer that also handles criminal charges such as destruction of property, disorderly conduct, and indecent exposure. Contact Benjamin for a free consultation or fill out a contact form on our website to discuss your case.