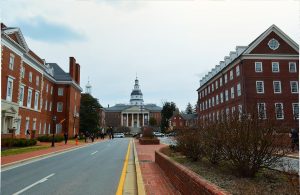 A current member of the Maryland House of Delegates was recently charged with numerous offenses according to a criminal information that was filed in the Circuit Court for Anne Arundel County.  The information, which is a charging document filed by a state prosecutor, alleges that the lawmaker committed misconduct in office and theft through two separate scams that spanned more than a decade.  One scam involved rent payments for the delegate’s district office, and the other involved office furniture reimbursements.  The delegate, who represents portions of Baltimore County and Harford County, has apparently been under investigation for at least a year.  His district office was searched by law enforcement back in September of 2021, though the State waited to issue a charging document until July of this year. Some fellow state lawmakers have called for the charged delegate to resign his position, though he has through his attorney denied any wrongdoing.

The rental scam began back in 2012 when the delegate moved his legislative office to a cottage near the Middle River in Essex.  The cottage used to be located in his actual district, but redistricting took it to the neighboring district.  This alone would not have been a major infraction, as lawmakers are permitted to maintain offices outside of their districts with approval.  On the other hand, the conduct alleged to have occurred was far more than a simple infraction.  According to the charging document the delegate chose a location for his district office that was next door to a unit he had been renting for several years as a so-called river cottage.  The charging document alleges that the delegate stopped paying rent on his personal cottage in 2012 and paid double the market value for his adjacent district office starting at the same time.  Since the district office was paid for with state funds from his rental allowance as a public official, the defendant is accused of using taxpayer money to fund his recreational second home.  Prosecutors are also alleging that the actual district office unit was being used for personal enjoyment, as investigators found camping beds, pellet rifles, ammunition, clothing, coolers and skis when they executed their search warrant.  The total amount of rent that the State paid for the defendant’s river cottage/district office was $92,800 over the course of ten years.  Based on these allegations the delegate was charged with misconduct in office, which is a common law misdemeanor that carries no defined maximum penalty other than it must not be cruel and unusual punishment.  He is also facing felony theft over $25,000 but less than $100,000 and fraudulent misappropriation by a fiduciary for using the state’s money to pay for his personal cottage.

As if the river cottage scheme wasn’t enough, the State is also alleging that the delegate stole taxpayer money through another scam involving an office furniture vendor.  Allegedly the delegate instructed his chief of staff to pay for office furniture yet instruct the vendor not to actually order said furniture.  The delegate then submitted for reimbursement from the state for amount he was charged, while also obtaining store credit for the items that were never ordered.  This credit was then allegedly used to pay an invoice for campaign mailers, meaning the delegate used taxpayer money to indirectly fund his campaign.  While the value of this scam was less than $2,500, the effort made to defraud the state will not sit well with a judge should the delegate be convicted of these additional theft and misconduct in office charges.

END_OF_DOCUMENT_TOKEN_TO_BE_REPLACED 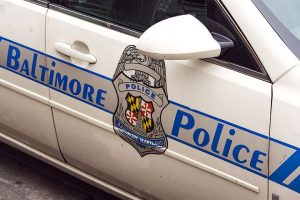 A former Baltimore Police Sergeant has been sentenced to almost two years in federal prison for conspiracy to deprive civil rights under 18 U.S. Code § 241.  The sentence was handed down in the Baltimore City federal courthouse this week, more than 6 years after the actual incident.  According to facts presented at plea hearing, the former BPD officer first joined the department in 1992 and became a sergeant in 2011.  During the time when the incident occurred the officer was in charge of a Special Enforcement Section in the department’s Western District.  This area is notorious for a high volume of drug and gang activity, and is home to some of the most dangerous areas of the city.  In March of 2014 while the defendant was working as an officer-in-charge, he received a phone call from another officer who stated that he had just ran over an arrestee in front of a Northeast Baltimore home.  At the time he received the call he was having dinner with a BPD detective.  In a regrettable course of conduct the officer obtained a BB gun from another BPD colleague, drove to the scene of the accident and planted the BB gun in the area where the arrestee had been injured.  The arrestee was actually already in the hospital when the defendant planted the gun.  Additional BPD officers then noticed the BB gun, packaged it as evidence and charged the injured arrestee with possession, use or discharge of a pellet/BB gun.  The arrestee was held without bail for ten months at the detention center before the charges were ultimately dismissed by the State.

While not directly related to the Gun Trace Task Force scandal and subsequent indictments, the defendant’s actions likely came to the attention of law enforcement after the investigation and arrest of numerous GTTF officers.   After the officer who hit the arrestee and six other GTTF officers were arrested the dominoes began to fall, and the former sergeant became nervous about his involvement with the BB gun incident.  He arranged a secret meeting with the same BPD detective he was with when he received the original call about the accident.  The meeting took place at a swimming pool to ensure that neither party was wearing a wire, though in hindsight this only proved the former sergeant’s guilty conscious.  During the meeting the former sergeant attempted to induce the detective to lie to federal investigators by stating that they were both at the scene of the accident for the purpose of scene security. He also told the detective to say that the BB gun was already in the sergeant’s trunk, which was also not true.  It seemed at that point the sergeant already knew he was going down, and had shifted to a mitigation strategy.  In reality this meeting turned out to make matters much worse for the former sergeant, and showed the government that he was not willing to accept responsibility for his actions even after the feds became aware of the BB gun incident.  The defendant likely saved himself a few months in jail by pleading guilty, but based on the evidence there was no way a prison sentence could be avoided.  The case was investigated by the FBI and prosecuted by the same U.S. Attorney who went after the former mayor of Baltimore City, and who is currently prosecuting the Baltimore City State’s Attorney.

The Blog will continue to follow cases involving public corruption and misconduct in office, and we will post articles as news becomes available.  If you have a question about a criminal law or have been charged with a crime, contact Maryland defense lawyer Benjamin Herbst anytime at 410-207-2598.  Benjamin has successfully represented government employees in charges such as misconduct in office and bribery, and has also represented police officers, correctional officers and public figures in high profile assault and theft charges.  Benjamin accepts cases in all Maryland jurisdictions including the federal courts in Baltimore and Greenbelt.  He is licensed to practice law in Florida, and has extensive experience defending those charged in Miami, Broward and Palm Beach Counties with gun and drug offenses as well as fraud, theft, aggravated assault and battery.

END_OF_DOCUMENT_TOKEN_TO_BE_REPLACED

The U.S. Attorney’s Office recently announced that a 55-year-old former MVA employee pleaded guilty to conspiracy to produce and transfer identification documents without lawful authority.  The identification documents at issue were Maryland driver’s licenses, and now the former employee from Anne Arundel County faces up to 15 years in prison for this fraud related felony.  According to facts presented at the plea hearing, the female defendant worked at the Largo MVA branch office in Prince George’s County and conspired with a co-worker and a male co-defendant to issue fraudulent Maryland licenses for a fee.  The co-defendant is a 36-year-old man from Virginia who also entered a guilty plea and is awaiting sentencing.  It appears that the co-defendant was the one who met with individuals seeking fraudulent licenses and accepted cash payments ranging from $800 to $5,000.  He then forwarded the information, including fraudulent documents to support the creation of a Maryland driver’s license, to the two MVA employees.  The defendant and her co-worker then created the fake licenses at the MVA branch and were paid in cash and gifts by the male co-defendant.  Per the plea agreement, the defendant received at least $25,000 in cash and gifts for her role in producing at least 276 fraudulent driver’s licenses.

The defendant’s MVA co-worker was not named in the press release, which means he/she has not been charged or has a sealed criminal complaint pending.  It could also mean the unnamed co-worker has been cooperating with law enforcement.  Two agencies were mentioned by the U.S. Attorney’s Office as heading up the investigation.  The first was the MVA’s Office of Investigations and Internal Affairs, which is not a traditional law enforcement agency.  Rather, the office conducts its own internal investigations about potential frauds regarding licenses, compulsory insurance, vehicle registrations, unlicensed vehicle sales and suspended or revoked driving privileges.  The internal affairs agents then forward their findings to federal, state and local law enforcement agencies for potential prosecution.  In this case the MVA’s internal affairs office forwarded its findings over to the Baltimore office of Homeland Security Investigations.  Homeland Security pays close attention to all state and federally issued ID cards, so it’s no surprise that a fraud of this magnitude was prosecuted in federal court.  Sentencing is currently set for the beginning of August at the federal courthouse in Greenbelt.  In addition to potential prison time the former state employee also must pay $25,000 in criminal restitution.  The Blog will follow this case and the co-defendant’s case and may post a follow-up article in the future.

Benjamin Herbst is a Maryland criminal defense lawyer who specializes in fraud charges such as counterfeiting, identity fraud, credit card crimes and public fraud.  He also has extensive experience representing clients in misdemeanor charges such prescription fraud and possession of fictitious government ID card (fake ID charges).  Fake ID cases are also commonly charged as misrepresentation of age to obtain alcohol, and Benjamin has successfully defended dozens of these cases.  His two main priorities are keeping his clients out of jail and making sure they do not walk out of court with a criminal record.  Benjamin has achieved numerous dismissals in fake ID cases, and then has assisted his clients in filing for immediate expungement of their cases from the public record.  In addition to fraud charges, Benjamin also represents clients charged with theft, unauthorized removal of property, failure to return a rental vehicle, misconduct in office and all other white collar crimes.  Contact Benjamin anytime at 410-207-2598 for a free consultation about your case.  Benjamin has represented clients in all 23 counties in Maryland plus Baltimore City, and has defended cases in the Baltimore and Greenbelt federal courts.