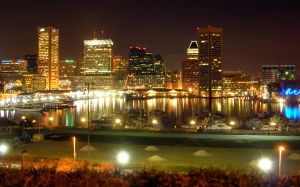 A Baltimore City police officer was recently charged with assault after being involved in an altercation in Harford County, Maryland. The exact facts surrounding the altercation are in dispute, but the Baltimore police officer certainly has an interesting explanation for how he became involved in the assault. The criminal charging document alleges that the 10 year Baltimore police veteran, who was off duty at the time, approached a parked vehicle with two occupants seated inside. The police officer was apparently yelling at the occupants to stop dealing drugs, and approached the car in a threatening manner despite not seeing any actual drug transaction taking place.

The charging document goes on to say that the off duty Baltimore cop pulled one of the occupants, a Bel Air, Maryland man, out of the car and committed the assault by slamming him to the ground. The Baltimore officer, who has not hired a criminal lawyer as of yet, then furthered the assault by allegedly pulling out his police semi automatic Glock 22 and pointing the gun in the face of the victim. While the Baltimore officer had his police issued pistol pointed at the victim, he was allegedly still yelling about the drug transaction that may or may not have occurred. There were witnesses to the entire incident, and one witness apparently called the Harford County police, which arrived on scene in minutes.
END_OF_DOCUMENT_TOKEN_TO_BE_REPLACED 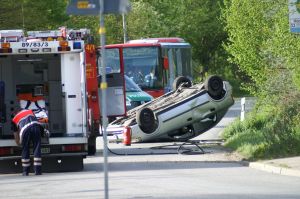 Road rage and aggressive driving incidents in Maryland have become common in the last decade, and law makers have been forced to address the issue, but rarely does a road range incident make news headlines. Unfortunately a recent dangerous road rage incident appeared in the news just last weekend. The Maryland state police has reported that a road rage incident on interstate 295 in Baltimore has resulted in a pair of arrests and multiple serious injuries. Police arrested one Maryland man who was the driver of the main vehicle involved in the road rage incident for DUI, assault, and destruction of property. The passenger, another Maryland man, was also arrested and charged with assault and malicious destruction of property.

Maryland police reported that the incident began around 8:30 p.m. last Saturday night in the southbound lane of 295 in Baltimore City. The driver who was arrested for DUI was driving extremely erratically, which prompted another vehicle to honk its horn. The alleged drunk driver took offense to this gesture and rammed his Nissan pickup truck into the passenger side of the other car, a Subaru, and kept driving. Then the alleged drunk driver and the passenger of the Nissan further escalated the dangerous situation by coming to a complete stop in a lane of traffic and exiting their vehicle, forcing other cars bound for Baltimore County to come to a stop as well. The driver and passenger approached the same Subaru, which was unable to go around the Nissan, and began violently kicking and punching the car for no apparent reason other than being honked at. This strange and terrifying situation prompted the driver of a Pontiac to intervene and help out the Subaru’s passengers. Upon seeing the driver of the Pontiac exit his vehicle, the alleged drunk driver and his passenger stopped their assault on the Subaru and returned to their Nissan, but the incident was not nearly finished.
END_OF_DOCUMENT_TOKEN_TO_BE_REPLACED On Sunday night in Washington D.C., Nationals 19 year old baseball phenom Bryce Harper came up to bat in the bottom of the first inning. Veteran Phllies pitcher, Cole Hamels then proceeded to throw his first pitch directly at the lower back of Harper. Harper bent over in obvious pain for a few seconds, trotted off to first base, and then scored the first run of the game a few pitches later. After the game, the veteran pitcher admitted that he purposely threw the pitch in Harper’s direction, and fully intended to hit him. Hamels stated that throwing at Harper was his way of welcoming the rookie sensation to the major leagues. The commissioner of baseball however was not impressed with Hamels’ actions nor his honesty, and suspended the pitcher for 5 games.

The main issue up for debate throughout the country is whether Hamels’ actions hurt his team, and whether the suspension was deserved. But this being a Baltimore criminal lawyer blog, and not a sports blog, the relevant issue is whether the pitcher could be subject to criminal charges for his actions. The day after the incident, a Los Angeles prosecutor called ESPN radio’s Colin Cowherd and angrily boasted that if it were up to him, the pitcher would be facing felony aggravated assault with a deadly weapon charges. The overzealous L.A. prosecuting lawyer argued that the pitcher would have no defense to the criminal charges because he confessed, and summarily convicted the pitcher of a felony on the air. There are two reasons why this prosecutor is entirely off base, one being legal and the other being ethical.
END_OF_DOCUMENT_TOKEN_TO_BE_REPLACED